Apollo 13 was meant to be the third mission to land on the moon. But when oxygen tanks exploded on the spacecraft carrying astronauts Jim Lovell, Jack Swigert and Fred Haise, everything went cold and dark.

Everything, that is, except the astronauts’ penlights crafted by Fulton Industries.

While the crippled spacecraft was unable to land on the moon, its crew remarkably returned to Earth unharmed. Later, Lovell and fellow Apollo 13 crewmen wrote:

“As you know, due to the explosions we were forced to ration our electrical power and water. With regard to the former, we never turned on the lights in the spacecraft after the accident. As a result, your penlights served as our means of ‘seeing’ to do the job during many hours of darkness when the sunlight was not coming through the windows.”

Lovell’s flashlight is now in collections of the Smithsonian Air and Space Museum.

Knowing Fulton’s expertise in creating military penlights, NASA turned to the small Ohio company to build a new kind of penlight for NASA’s Gemini Program, which consisted of 10, two-man missions in mid-1960s. The new model was brass for durability in space.

From 1968-1993, Fulton penlights were used in all 11 Apollo space missions – including in 1969 when Neil Armstrong became the first man to set foot on the moon – as well as Apollo-Soyuz, Sky Lab and at least four space shuttle missions. All told, Fulton manufactured 300 penlights for space travel.

Each astronaut within the capsule received one of the pocket-sized lights and additional backups were stored throughout spacecraft. Its small size allowed crew members to illuminate a darkened area using just one hand or, sometimes, their teeth.

We are honored to have played a part in America’s historic journey to the moon.

Apollo 8 astronauts use Fulton flashlights during their mission.

NASA, astronauts relied on Fulton during the Gemini and Apollo Space programs 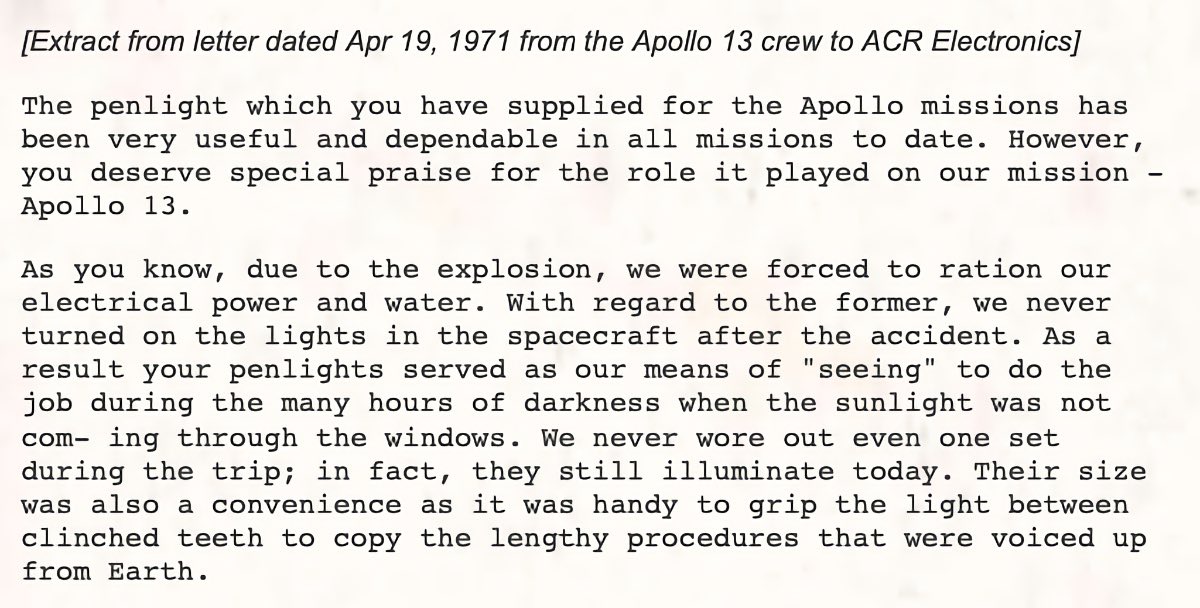